Brayden Sibbald is a singer/songwriter and DJ who hails from the coastal town of Dunsborough in Western Australia’s South West. His talent for creating and performing a mix of ethereal folk/rock and pulsing dark pop has recently been captured by Joel Quartermain (Meg Mac, Eskimo Joe) at Wastelands Studios, resulting in a 5 track EP; with two of these songs being nominated in the 2015/16 WAM song of the year awards.

Brayden’s career has seen him nominated multiple times in the WAM SOTY and winner of the World/Folk Section 2012. He played at Southbound festival to round off a big 2016.

Sibbald’s debut EP ‘Beyond These Words’, was successfully released at the beginning of 2015  and was instrumental in  opening doors and  enabling him to provide his music , his way, which has been embraced by venues and festivals locally and further afield, and provided him with a solid fan base.

Fall at Your Feet – Crowded House

The Girl – City and Colour

Keep Your Head up – Ben Howard

Send Me On My Way – Rusted Root

Stay With Me – Sam Smith

You Need Me – Ed Sheeran

Fire and the Flood – Vance Joy

Mess is Mine – Vance Joy

Little Talks – Of Monsters and Men

Do I Wanna Know – Arctic Monkeys

All of Me – John Legend

Something so Strong – Crowded House

Cocoon – Catfish and the Bottlemen

What A Wonderful World – Louis Armstrong

Come Away With Me – Norah Jones

You Make it Real – James Morrison 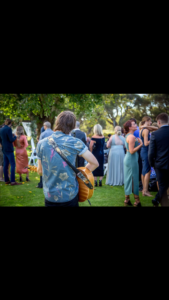