The Whiskey Dogs are an authentic 50’s Rock ‘n’ Roll three piece band comprised of Double bass ‘Dean Napoli aka D Dog’, Baritone Sax ‘Johnny Westwood aka J Dog’ & Electric guitar, vocals and foot drums ‘Kris Buckle aka…(you get the theme here) K Dog’. Whether you’re looking for a swinging pre reception on the lawn or something to really get the party going at your reception these guys have you covered. The band have a long history in the music industry and between them have worked with acts such as ‘Jools Holland & His Rhythm & Blues Orchestra in the UK to big band outfits here in WA such as Skeleton Jump. With their set they bring the likes of Bill Haley, Eddie Cochran, Little Richard & Elvis to your event live and direct with the professionalism only seasoned musicians could.“We never seen people still on the dancefloor this late before”Nola Mercer – President of Bunbury R&R club

Rock around the clock – Bill Haley

You Never Can Tell – Chuck Berry

Rip it up – Little Richard

Not Fade Away – Buddy Holly

That’ll Be The day – Buddy Holly

Let’s Have a Party – Wanda Jackson

Be Bop a Lula – Gene Vincent 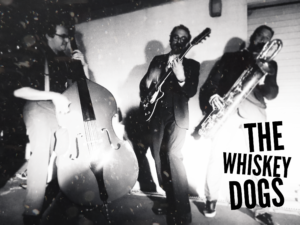 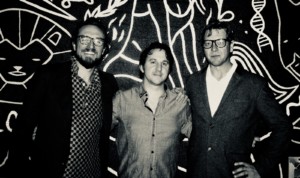 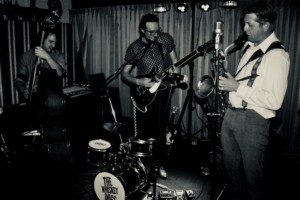